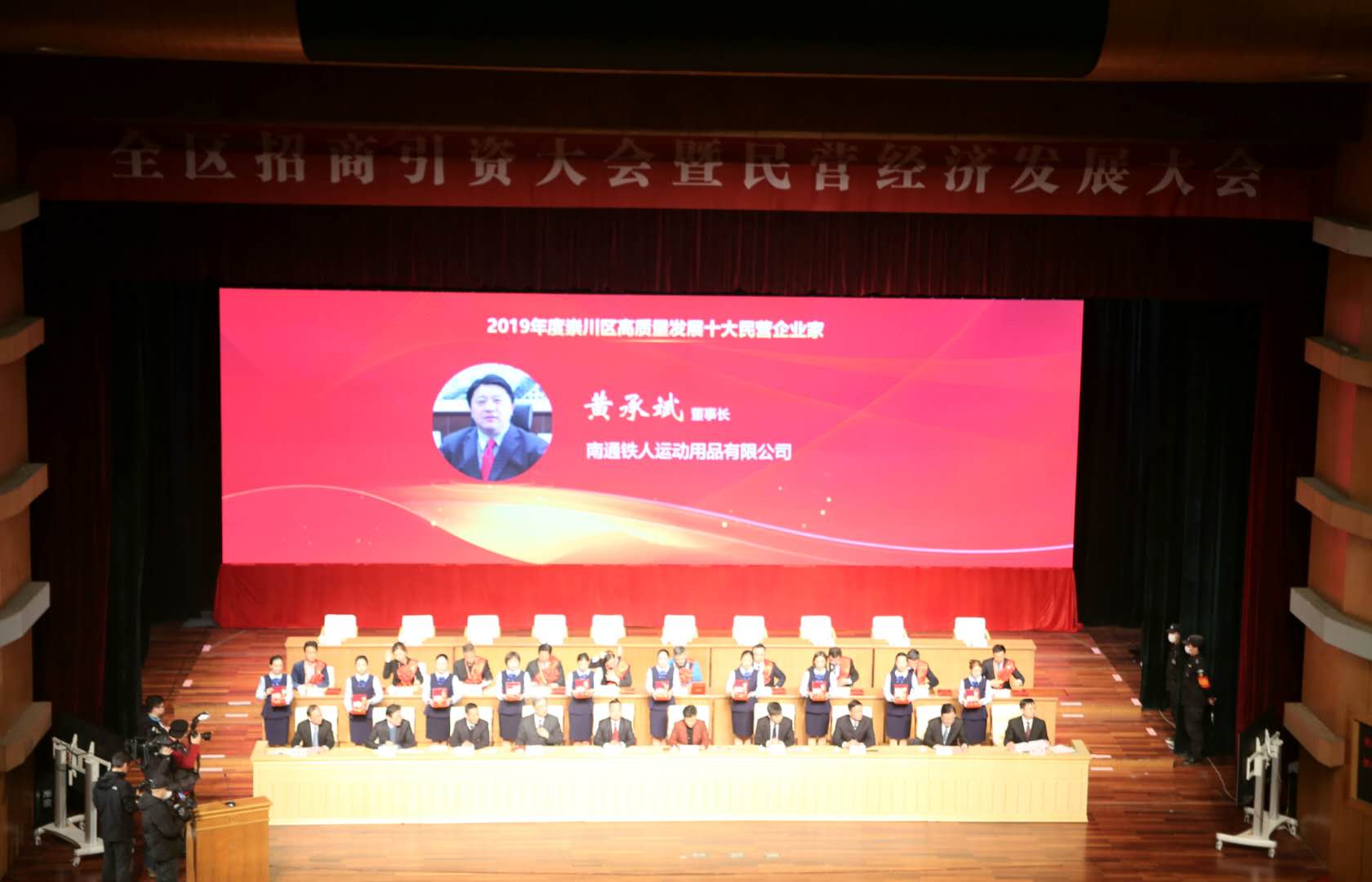 On the afternoon of March 30th, the Chongchuan District Investment Promotion Conference and Private Economic Development Conference were grandly held in the Vulgar Theater. In order to inspire the advanced, encourage the fighting spirit, and further play a leading role model role, the Chongchuan District Party Committee and District Government commend the advanced units and individuals who have made outstanding contributions to the economic and social development of the whole district. Chairman Huang Chengbin of Iron Man Sports won the honor of "Top Ten Private Entrepreneurs in Chongchuan District in 2019". 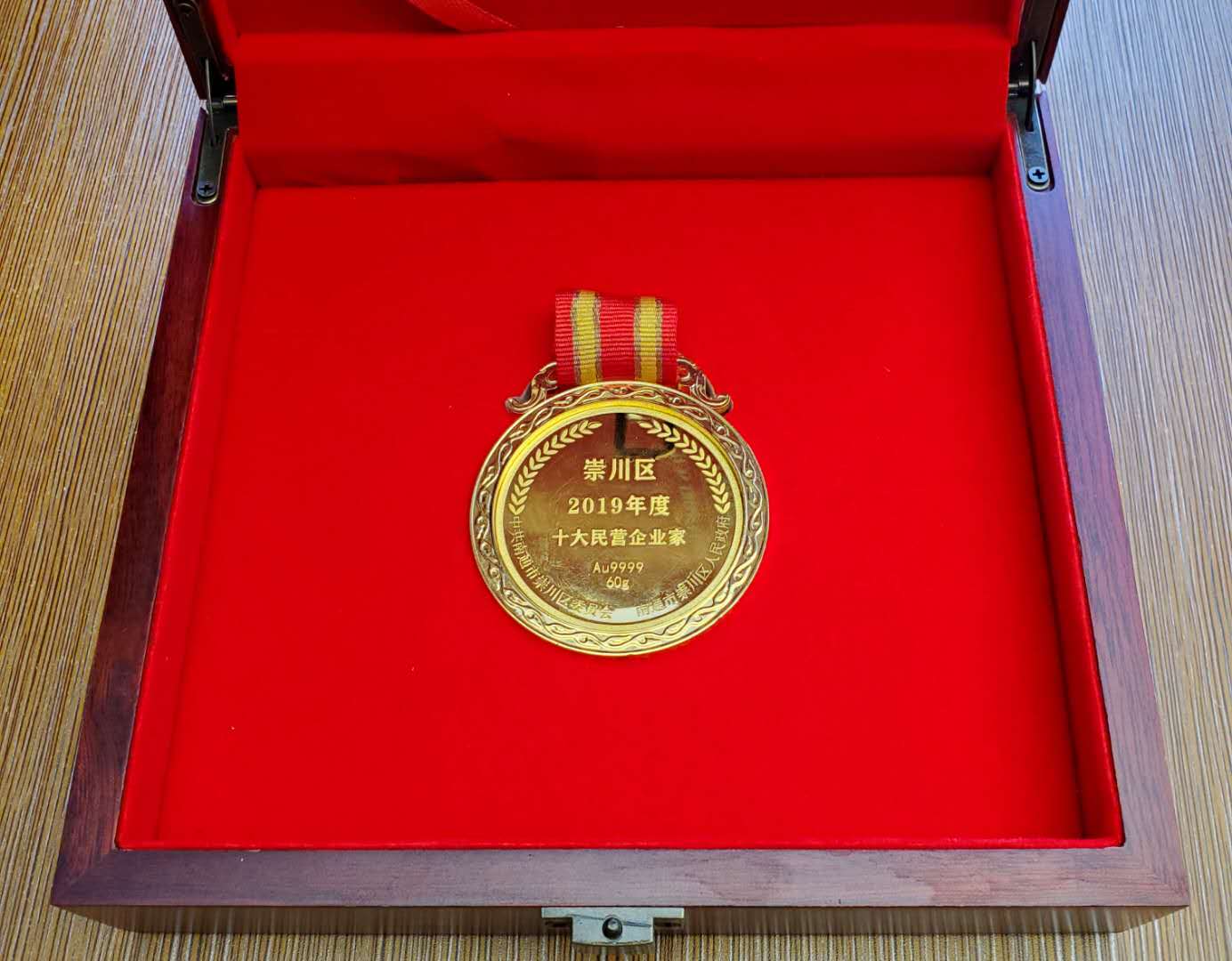 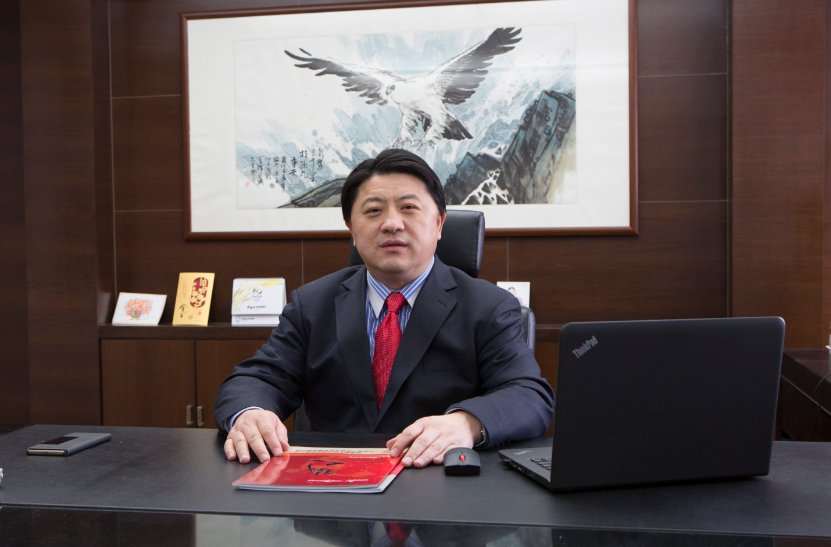 Chairman Huang founded the Iron Man Company in 1996, and led a team of only a few people through unremitting efforts to develop a small workshop of fitness equipment into today's nearly 1,000 employees, with an annual output value of more than 600 million yuan, and the products are exported to sports industry leaders around the world. The company's business covers many fields including research and development of fitness equipment, planning and construction of sports parks, operation and management of sports venues, operation of sports events and fitness training. Under his leadership, Iron Man Sports continued to grow and developed, and was rated as a "National Sports Industry Demonstration Unit" by the State Sports General Administration. A series of honorary titles such as "Provincial Famous Brand Products", "Jiangsu Export Famous Brands", "International Famous Brands Cultivated and Developed by Jiangsu Province". 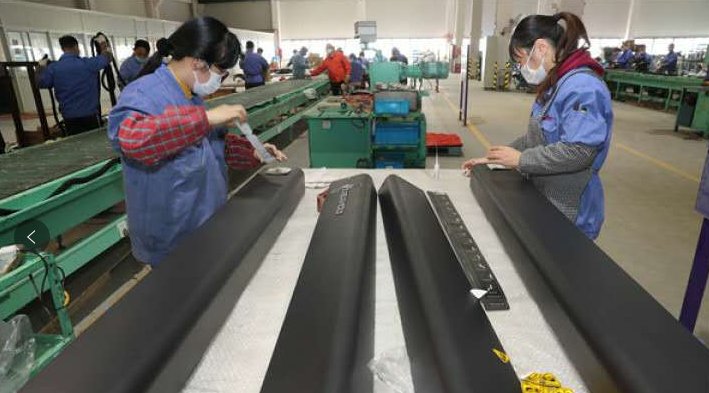 This year, the New Coronary Pneumonia epidemic raged all over the world, which brought great challenges to the company's development. Chairman Huang is not afraid of dangers and facing difficulties, while commanding the prevention and control of the company's epidemic situation, all parties contact to prepare for the resumption of production. Under the planning of Chairman Huang, Iron Man Sports became the first batch of enterprises to resume production in Nantong. At present, the company has resumed work in an all-round way and all businesses are proceeding in an orderly manner, laying a solid foundation for the development of the whole year. In addition, the second-phase project of the Iron Man Sports Industrial Park is under construction in full swing to provide guarantee for the expansion of production capacity. 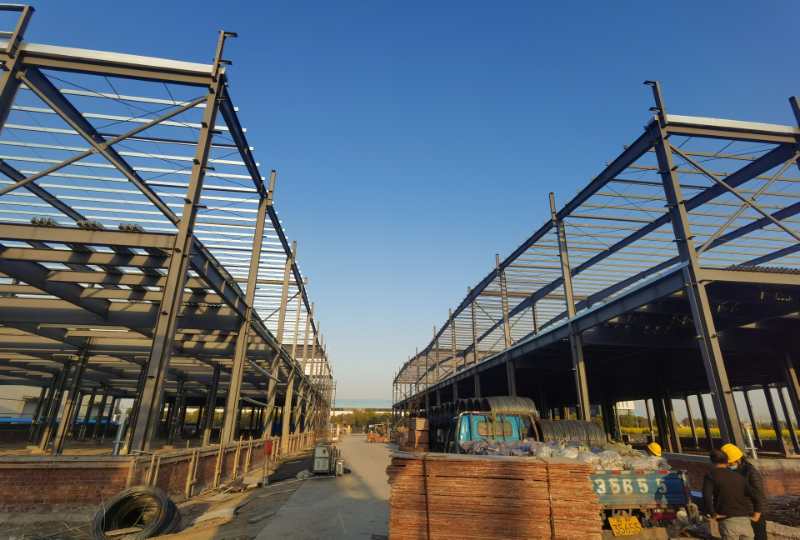